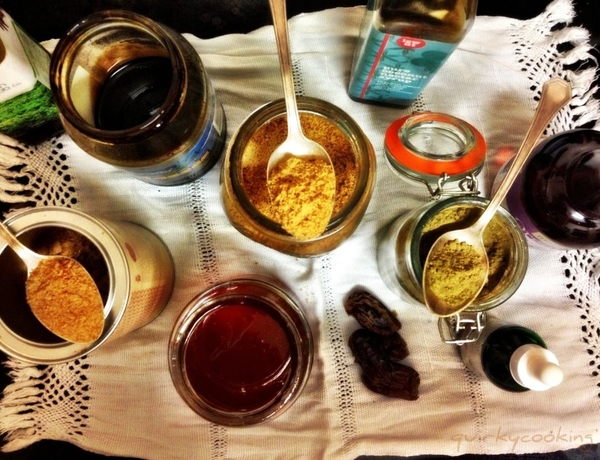 There is no doubt that a high sugar diet is detrimental to health. Sugar occurs naturally in many foods and is added to most processed foods, under several different guises, making it difficult to avoid and to determine how much we are consuming.
Excess sugar consumption has been associated with many illnesses and so reducing our intake is a crucial step in preventing ill health. In my opinion, giving up sugar is one of the best things you can do to benefit your health.
Ideally, we should all strive to reduce the amount of added sugars in our diet. This is not easy but can be done. As you reduce the quantity of sweet foods you eat, your palette does adjust and you do eventually lose that desire for sweetness (mostly!).
As an alternative, many people look for replacements for sugar. There are many of these available in the shops now but which to choose? The following is a guide to some of the options.

These sugar alcohols are low-calorie sweeteners which are considered natural as they occur naturally in fruits, vegetables and other plants. However, the form in which they are sold is refined, having undergone industrial processing to transform the plant fibre into a white powder. They have no impact on blood sugar and insulin levels so may be a good option for those with pre-diabetes/diabetes. Sugar alcohols are also beneficial for dental health, particularly xylitol. The downside is that they can cause digestive problems such as bloating and diarrhoea for some people, particularly when consumed often. It is worth noting that xylitol is toxic to dogs.

This is a natural sweetener from the leaves of a South American shrub. It is considered very safe and some studies have shown health benefits such as lowering blood pressure in those with high blood pressure and lowering blood sugar and insulin levels. It is sweeter than sugar and is often sold in a refined white powder form or liquid form. It is also available from health food suppliers in its most natural form as ground stevia leaves. Choosing products which are as near to their natural form as possible is preferable, so this would be the form I would consider using. Although you could of course introduce stevia plants to your herb garden and use the leaves to make your own stevia syrup!

Another sweetener from a South American plant, often sold as a syrup made from the roots. Yacon is high in fructooligosaccharides, soluble fibre which "feeds" the good bacteria in the intestines (a prebiotic). A downside is that if lots is consumed, it could lead to bloating and other minor digestive issues for some people, so probably a sweetener to only use in small amounts each day. Juice from the roots is extracted and filtered so is a chemical-free manufacturing process.

This sweetener originates from the sap of the Mexican agave plant which was originally boiled to produce a sweet syrup known as miel de agave. However, the product we see for sale today is usually processed and refined to produce a high fructose syrup. It is often marketed on the benefit of it having a low G.I. due to the fact it contains little glucose, it is primarily fructose. This means it will not raise blood sugar and insulin levels. The high fructose levels are the problem with this sweetener. Consumption of lots of added fructose can cause the liver to turn this to fat and lead to high triglyceride and LDL cholesterol levels. There is research suggesting high fructose contributes to non-alcholic fatty liver disease (NAFLD). Agave syrup/nectar is about 85% fructose, which is much more than ordinary sugar.
I would recommend avoiding this sweetener.

This is produced by breaking down the starch in brown rice to produce a sugary syrup which has a very high G.I. of 98 - highly likely to lead to rapid spikes in blood sugar. Production of the syrup strips out any nutrients in the rice - although it has been shown to still contain the arsenic which is present in rice. Look out for this sweetener in so called "health foods" - in my opinion, another one to avoid.

Maple syrup is made from the sap of maple trees. The sap from the tree is boiled to evaporate off the water and then filtered to remove impurities. This syrup does contain minerals and antioxidants but is still high in sugar. The G.I. level is 54 (compared to table sugar at 65) so raises blood sugar a little less than table sugar. If you buy maple syrup make sure it is labelled as maple syrup not "maple-flavoured syrup". The syrups come in light and dark types, this depends on the time of year of extraction. The darker types have a stronger flavour and contain higher amounts of antioxidants. This is useful replacement sweetener in small amounts.

The health benefits of honey have been well documented, as long as you choose a raw, unpasteurised, unfiltered form. These benefits are mainly due to its content of bioactive plant compounds and antioxidants. Manuka honey has a higher nutritional content than other honey and has intensive antimicrobial properties. High quality honey is a delicious healthier alternative to sugar although should only be consumed in small amounts as it is still high in sugars.

Many people eat foods containing artificial sweeteners in order to help to reduce sugar intake and to lose weight, these provide sweet taste without the calories. The ones you may have heard of are aspartame, acesulfame-K, saccharin, sucralose. There have been claims over the past few years linking them to many illnesses including seizures, headaches, cancer, depression, Alzheimers. However, results from research are inconsistent and they are officially still considered to be safe.
Having said that, a recent study demonstrated that the consumption of artificial sweeteners adversely affects gut bacterial activity. Gut bacteria play an important role in many aspects of health and imbalances in the types of bacteria in the digestive tract have been linked to several conditions such as weight gain, weakened immune system, depression, poor blood sugar control and metabolic syndrome.
Overall, there are many types of sweeteners to choose from. The ideal is to reduce all sweeteners where possible. However, when some form of sweetener is required, I would suggest choosing the most natural forms which are raw honey or pure organic maple syrup and ensure only small amounts are used.