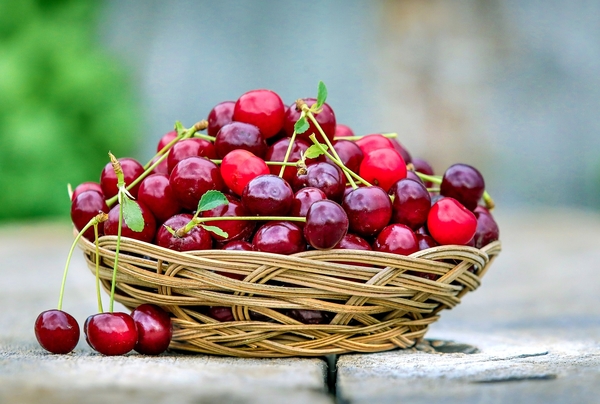 The Health Benefits of Cherries

Have you ever found that there are some nights when sleep doesn't come easily? Sleep is one of the pillars of good health. Poor sleep is associated with weight gain, poor concentration, increased risk of heart attacks, strokes, type 2 diabetes, depression, impaired immune function and chronic inflammation.
Whilst reading around the various strategies to improve sleep I came across the consumption of sour cherry juice as a sleep aid and that led me to discovering numerous other benefits of cherries and cherry juice.


Sleep
Sour cherries are one of the few natural sources of melatonin, a hormone made by the pineal gland which regulates our internal clock and sleep-wake cycle. Melatonin levels decrease gradually as we age and this can affect quality and quantity of sleep along with circadian rhythms. Melatonin is also a powerful antioxidant so decreasing levels can affect health in other ways too - but that's a subject for another article.
There are several studies looking at the effect of cherries/cherry juice on sleep. In a study of over 50s who suffered from insomnia sleep time was extended for an average of 84 minutes after drinking sour cherry juice for two weeks.
In another study, adults who drank two servings of sour cherry juice concentrate each day for seven days slept about 40 minutes longer on average and had up to a 6 percent increase in sleep quality, compared to another group who drank a different beverage. This was thought to be due to melatonin, levels of which were shown to be raised in the cherry juice drinkers.

Post-Exercise Recovery
Muscle pain which is sometimes experienced after intense bouts of exercise such as long-distance running involves muscle damage, inflammation and oxidative stress. Several studies have shown that sour cherries can reduce pain and enhance recovery. Compounds present in Montmorency cherries (a sour cherry) known as anthocyanins have powerful antioxidant and anti-inflammatory properties, having demonstrated similar anti-inflammatory properties to non-steroidal anti-inflammatory drugs (NSAID's), such as ibuprofen.
In a study of marathon runners who drank tart cherry juice five days before, the day of and two days after running, they experienced a faster recovery of strength compared to those who consumed a different drink.
A 2014 study of cyclists who drank Montmorency tart cherry juice concentrate before a three-day simulated race demonstrated that they experienced less inflammation and oxidative stress compared to those who drank another beverage.
Sour cherry juice decreased some of the symptoms of exercise-induced muscle damage following strength training. Strength loss after exercise averaged over four days was only 4 percent, compared to 22 percent among those who drank another beverage.

Gout and Arthritis
Gout is a very painful inflammatory arthritis caused by the crystallization of uric acid within joints. In a large study of over 600 gout sufferers cherry consumption was associated with a 35% lower risk of gout attacks compared to non-cherry eaters. When cherry intake was combined with Allopurinal (antigout medication), the risk of gout attack was 75% lower. There have been several studies looking at the effects of cherries on osteoarthritis symptoms and inflammation. One study demonstrated symptom relief for those with mild to moderate arthritis of the knees and a reduction in inflammatory markers in blood was well demonstrated in a study of women arthritis sufferers who drank cherry juice twice daily for 21 days.

Cardiovascular Disease and Diabetes Risk Factors
Tart cherries and cherry juice have been shown to reduce triglyceride and VLDL (cholesterol) levels in overweight people after consumption for 4 weeks. High triglyceride levels in blood can raise the risk of heart disease.
A study of diabetic women demonstrated a decrease of HbA1c after consumption of cherry juice for 6 weeks - HbA1c is a measure of average blood glucose level over past 2-3 months. Both human and animal studies suggest that cherry consumption may promote healthy blood glucose regulation.
The effects of cherry consumption on blood pressure have shown lowering of blood pressure after cherry juice consumption. In a study of diabetic women, 6 weeks of 40g per day of tart cherry juice resulted in decreased blood pressure. Overall, current research supports the conclusion that regular cherry consumption may reduce risk factors associated with the incidence of type 2 diabetes and cardiovascular disease.

Overall, cherries offer many health benefits. Out of season, cherry juice can be purchased in the form of pure concentrates which can be diluted before drinking. Freeze dried cherries are available from some wholefood suppliers and dried cherries could be a beneficial addition to any recipe using dried fruits. 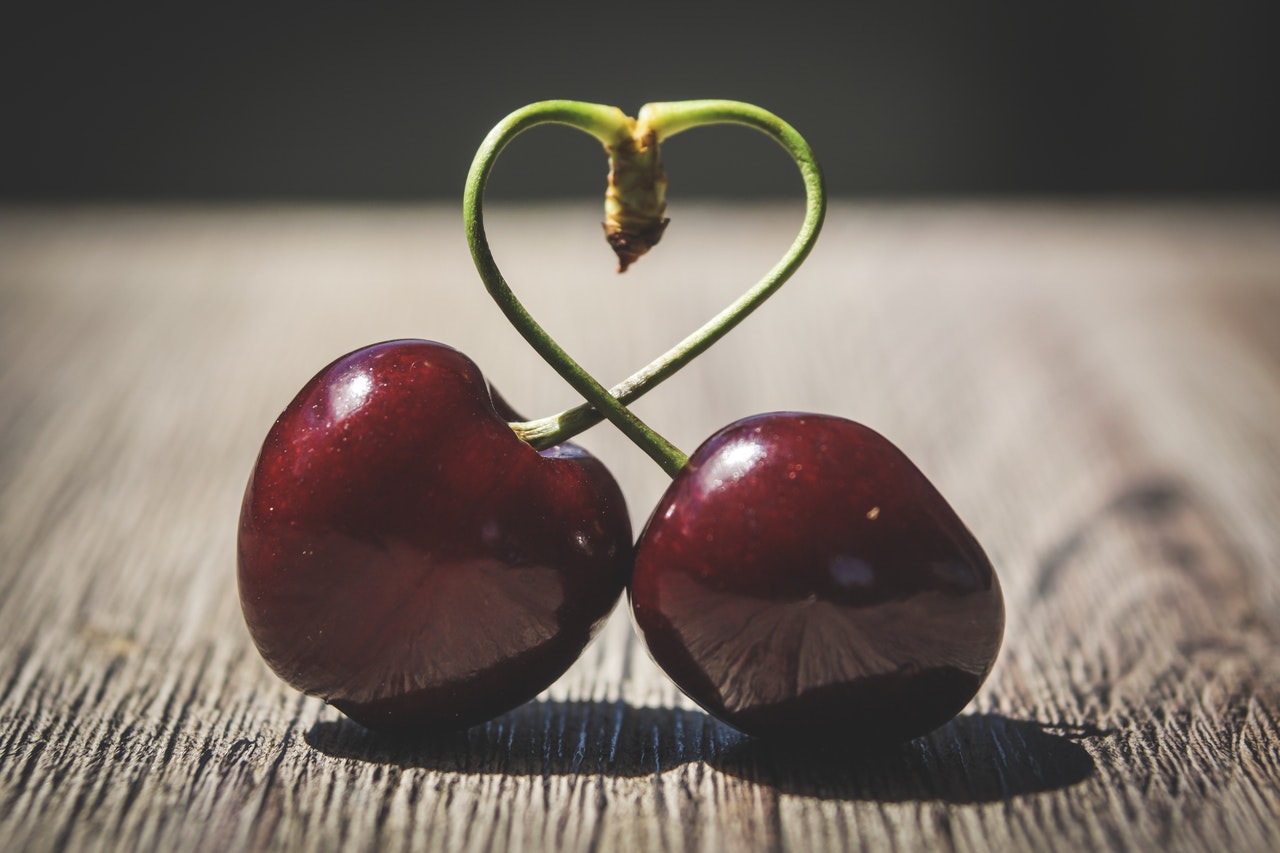