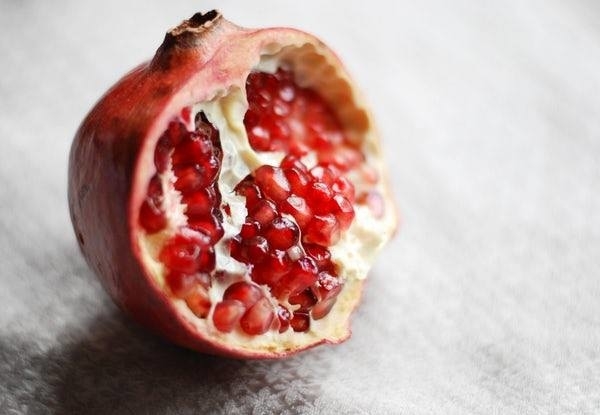 How Pomegranates May Help to Control Inflammatory Bowel Disease (IBD)

Inflammatory bowel diseases (IBD), the two main forms being Crohn's Disease and Ulcerative Colitis, affect more than 300,000 people in the UK. These conditions are a result of problems with the immune system which lead to inflammation in the lining of the gut. Gut microbes and their metabolites (substances produced by microbes) also have an important role to play in IBD.

Consumption of berries and pomegranates has demonstrated significant beneficial effects on human health. Pomegranate extract or juice contains high levels of polyphenols such as ellagitannins and ellagic acid. Polyphenols are micro-nutrients found in certain plant foods which are packed with antioxidants. Ellagic acid is broken down by certain types of gut bacteria to produce metabolites known as urolithins, which have been shown to have potential health benefits.

Among urolithins, urolithin-A has previously been demonstrated to have potent anti-inflammatory, antioxidative and anti-ageing properties compared to other metabolites. The presence of bacteria that metabolise dietary ellagic acid to urolithins varies between people due to different lifestyle, diets and antibiotic/medication usage.

A recent study looked at the effect of urolithin-A on the gut lining and how any effects could potentially benefit people with IBD. The researchers determined that urolithin-A can help to relieve and even prevent IBD by tightening the junctions between cells of the gut lining, thereby reducing inflammation. (This was a pre-clinical study in mice).

Without getting too technical, I feel a bit of explanation about the gut lining would be useful here! The gut lining is a single-cell layer which separates our internal environment from the contents of whatever passes through the gut - so is known as the "gut barrier" as it has the function of being a barrier between "inside" and "outside". The points at which gut lining cells meet are known as tight junctions - these tight junctions are controlled by proteins which keep the barrier closed. If the tight junction proteins are not working effectively, which has been shown to be the case in IBD conditions, this leads to substances such as toxins, bacteria and food proteins "leaking" through the gut barrier. As a result, the immune system responds to the intruders and inflammation occurs.

So, back to the urolithins. It was demonstrated in this research that Urolithin-A can be protective against colitis and can achieve this in two ways. It acts directly on immune cells to reduce/prevent inflammation and has a direct impact on gut barrier function by increasing the effectiveness of tight junction proteins. Treatment of mice with Urolithin-A reduced inflammation and colitis suggesting future therapeutic applications in IBD. As is often the case, a synthetic version of urolithin-A has been made and was also included in this research.

Our gut microbes have evolved to produce metabolites which may be beneficial to the gut barrier. This gives a clear example of the need to protect our gut bacteria by consuming a microbe-friendly diet.

Thus, not only the consumption of diets rich in polyphenols is required but also the presence of microbes that convert them into beneficial metabolites is critical for optimisation of their health effects. I suspect there will be researchers now coming up with a probiotic which can provide us with bacteria which will convert ellagic acid to urolithin-A, useful for those who have a depleted microbiome, which can be the case in people with IBD.

(For those of you who are desperate to know which bacteria convert ellagic acid to urolithin-A it is Bifidobacterium pseudocatenulatum INIA P815 - I am sure you feel better for knowing that!) 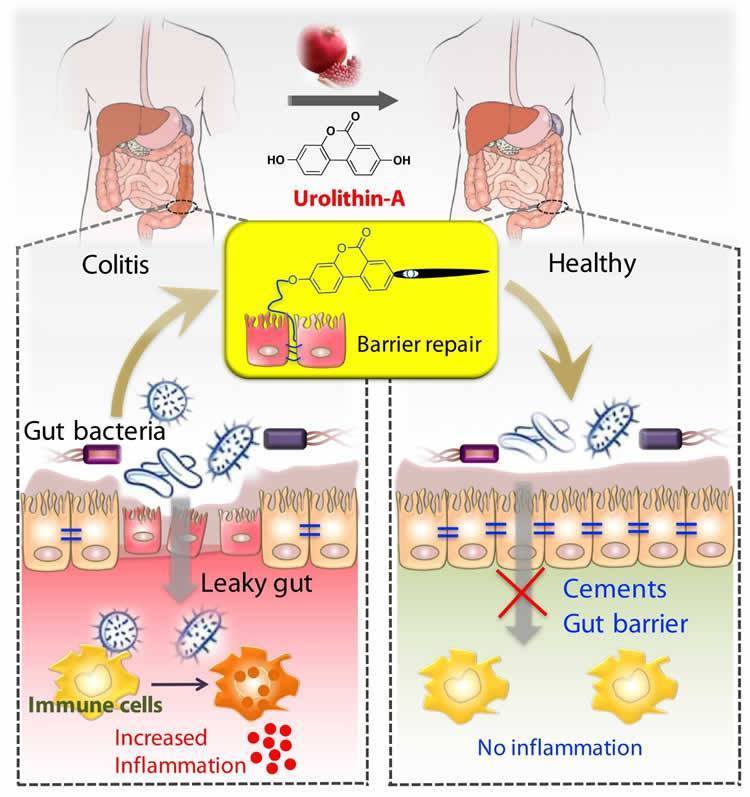