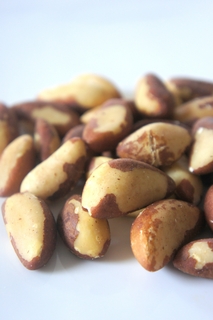 Selenium: Is It on Your Immune Support Radar?

Selenium and the Immune system

Selenium is a trace mineral (you only need a bit of it) which plays an essential role in supporting normal immune function. Studies have demonstrated an enhancement of immune responses by increasing levels of selenium intake. Selenium has been shown to stimulate antibody formation and the activity of T cells and Natural Killer cells of the immune system.

Selenium is also an antioxidant that supports the production of the body's own master antioxidant, glutathione which protects against oxidative stress- one of the processes which causes damage to the body. Oxidative stress is associated with several chronic diseases. Anyone deficient in selenium, may be at risk of having a more severe response to viral infection.

Recent published research studied the relationship between selenium status and Covid-19 infections in China. China has populations that have both the lowest and highest selenium status in the world, due to regional differences in soil selenium which affects how much of this trace mineral gets into the food chain. It was found that in areas of high selenium, people were much more likely to recover from Covid-19 infection and in an area which is known to have the lowest selenium intake, the death rate from Covid-19 was much higher. Not only that, the researchers found that the Covid-19 recovery rate was significantly associated with selenium status, as measured by the amount of selenium in hair.

So should we be concerned about our selenium intake?
When thinking about how well our immune systems are equipped, selenium is certainly a nutrient we should have on our radar, and this applies to younger people as well as the elderly. Over the past three decades selenium intake has fallen in the UK population.

The UK National Diet and Nutrition survey (Yrs 1-6) indicated that 50% of females and 26% of males had total selenium intakes below the LRNI (lower reference nutrient intake). The most recent issue of this survey (2019) indicates that this picture has not changed - the intake of selenium is low for both children 11+ and adults of all ages.
Groups particularly at risk of selenium deficiency include:
• Vegans and vegetarians - a UK study published two weeks ago indicated very low reported intakes of selenium (and iodine) in vegetarians and vegans, particularly women.
• The elderly, particularly those living in residential and nursing homes.
• Heavy smokers and alcohol drinkers
• Those who eat predominantly local produce in areas where soil selenium is low (soil selenium levels are higher in south of England than the north).

How Can We Increase Our Selenium Intake?
In the UK, the recommended amount of selenium is 75mcg/day for men and 60mcg/day for women although the optimal intake is considered to be around 180mcg/day.
Please note that Selenium can be toxic at high doses and the upper safe limit is 400mcg/day.

Brazil nuts are probably the most well-known source of selenium. Although selenium content of these will vary - two or three nuts a day is sufficient - you do not need to eat a whole bagful! So, it is possible to get selenium from our diet, it just requires a little awareness of this important trace mineral.

Selenium and Other Health Conditions
• In addition to its role in immune health, selenium may play a role in the prevention of some cancers, including colorectal, prostate, lung, bladder and gastric.

• The thyroid is the organ containing the highest amount of selenium. Selenium has a vital role in the production of thyroid hormones and as an antioxidant. A healthy thyroid is important as it regulates metabolism, growth and development. It also affects the function of other vital body organs such as heart, liver and kidneys.

• Oxidative stress is involved in the onset and development of neurological conditions such as Parkinson's and Alzheimer's. Several studies have shown that those with Alzheimer's have low blood levels of selenium.

Due to the widespread low intake of selenium, and its crucial role in maintaining health, it is certainly worth ensuring you include selenium-containing foods regularly in your diet.