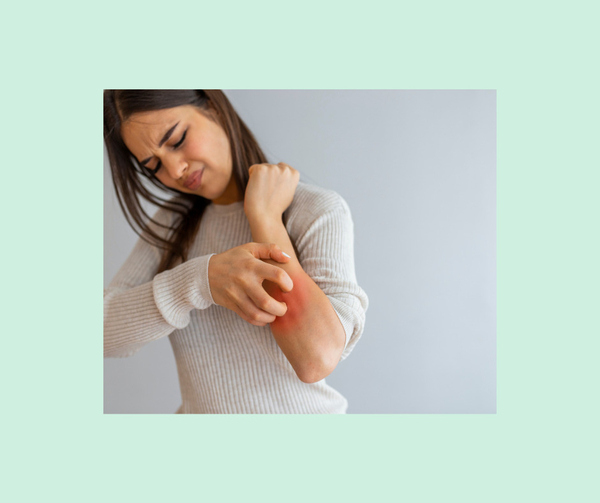 Is Your Gut Health Affecting Your Skin?

The skin is not just a kind of exterior wrapping for the body, it is a complex living organ which can often reflect what is happening inside the body.

As well as being a large defense barrier to anything the body is exposed to, it is also one of the routes by which the body gets rid of toxins. There are several factors which affect skin health including genetics, diet and hormones.

Although there are microbes living in all areas of our body, the majority of the body's microbes live in the gut, particularly the large intestine. These microbes help with digestion, produce vitamins and other substances which play a large role in training and communicating with the immune system.

Maintaining good health is massively influenced by having enough "good" microbes to counteract "bad" microbes and variety of species is key. This microbial balance can be affected by environmental factors such as the food we eat, exposure to medications, stress levels, sleep quality and amount of exercise. An imbalance is known as dysbiosis.

However, what happens in this microbial world of the gut doesn't just affect the gut itself. The "good" gut microbes (known as commensals) actually communicate with immune cells which are located just inside the gut lining, they alert the immune cells about what is passing through the gut (such as viruses, "bad" bacteria etc) so that the immune cells can investigate and mount a defence if necessary. This communication is known as "cross-talk".

This defence often leads to what is known as "inflammation" - the immune system's early response. In the gut, microbial imbalances and inflammation have been linked to conditions such as irritable bowel syndrome (IBS), constipation, diarrhoea and Crohn's Disease.

Several skin disorders have been linked with gut dysbiosis. Overgrowth of bacteria in the small intestine has been linked to skin conditions such as rosacea and acne. Eczema, psoriasis and acne sufferers often have gut bacteria imbalances.

Of course, there are many factors which contribute to skin conditions, particularly genetic elements and diet, but gut health is often one of the key puzzle pieces having a major impact on the skin and a factor which we can positively influence using dietary and lifestyle interventions.

Do you suffer from a skin disorder? Have you considered what impact your gut health is having on the severity of flare-ups?

When working with those with skin disorders, gut microbiome testing is often recommended as it enables us to tackle one of the crucial root causes. The key to tackling skin disorders is often working on the inside of the body as well as the outside!

If you would like to find out more about my approach to helping you with your skin health and whether gut microbe testing may be appropriate for you, please feel free to contact me for an informal chat.